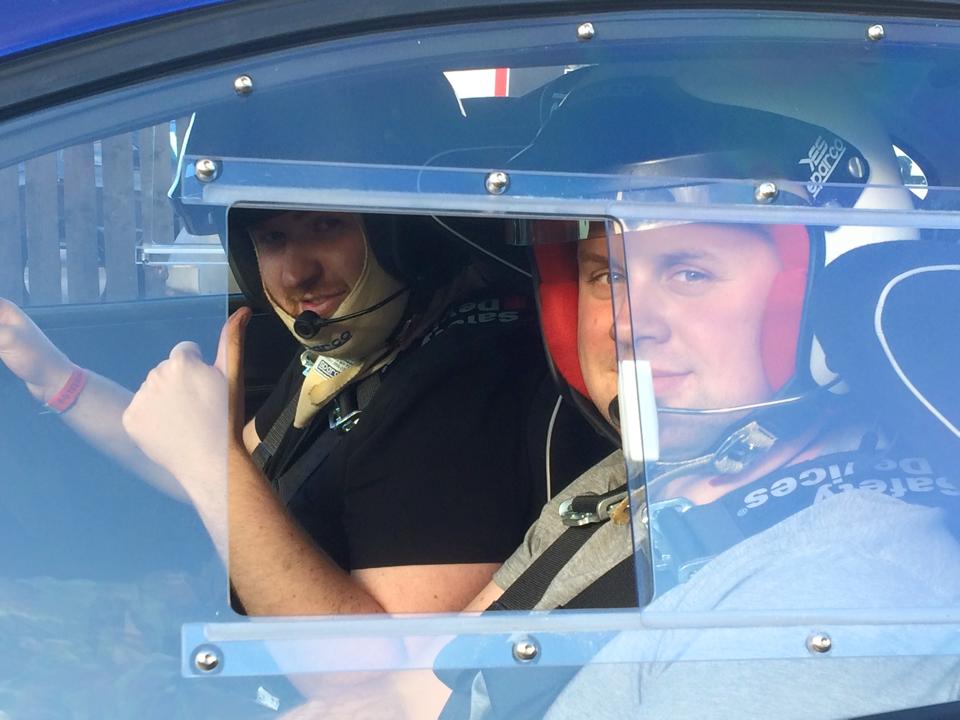 The opportunity arose to take the newly built rally car to the Nissan test track in Washington to take part in a charity day centred around the Guide Dogs for the Blind charity. The day aims to raise funds for the charity through members of the public gathering sponsorship to be driven around the test track at full speed in a rally car. The event takes place in the summer each year and has raised thousands of pounds for charity over the years.

After a couple of sighting laps to get to grips with the track we strapped in our first passenger (a.k.a the victim), and proceeded to drive them as fast as possible in order to make sure they earned every penny of their sponsorship money. Some of the passengers were totally blind, whilst others were partially sighted. There were also passengers with full vision who were supporting family members affected by blindness. In total there were more than 6 rally cars, each taking passengers out all day long.

The passengers were harnessed in and connected up to the intercom system with a helmet to give them the full rally experience. As we went around the track we would describe what was coming up next so that they could brace themselves for the G-forces. The passengers all loved the experience, some wanted to go faster whilst others screamed in excitement.

It was particularly fun telling the passengers with full vision that we would be taking the next turn on the left. What they didn’t know was the turn was hidden and the first they knew about it was when they were already going around it. One passenger worryingly exclaimed “What turn!”, as they darted off to the left.

There was also a chance for the blind people to drive a car flat out on the track at up to 90mph thanks to help from BSM with their dual control cars. One such driver was Jamie from Tyneside. 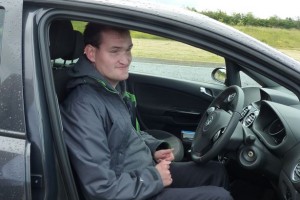 Jamie has been itching to get behind the wheel for years but had to be content with other drivers, like his 28-year-old sister Rachel, taking him on day trips.

So when the opportunity came, he didn’t hesitate.

It was a different story for his mother Lesley who admits she was anxious watching him when he took to the Nissan test track in Sunderland.

“It’s like a proper racing track,” she said. “My heart was in my mouth”.

“Jamie likes fast roller-coasters and anything like that with an adrenaline rush. He’s done a zip wire over the Tyne Bridge and he’s been up in a glider”.

A theme park enthusiast, he’s also been to Disneyland and soon will be off to try out the fast rides at Flamingo Land.

She added: “He’s completely blind and his older sister has always driven him around places as he’s not able to drive so this was a wish come true.”

Overall it was an very rewarding experience to share our years of hard work with other people, all whilst earning money for such a vital charity.